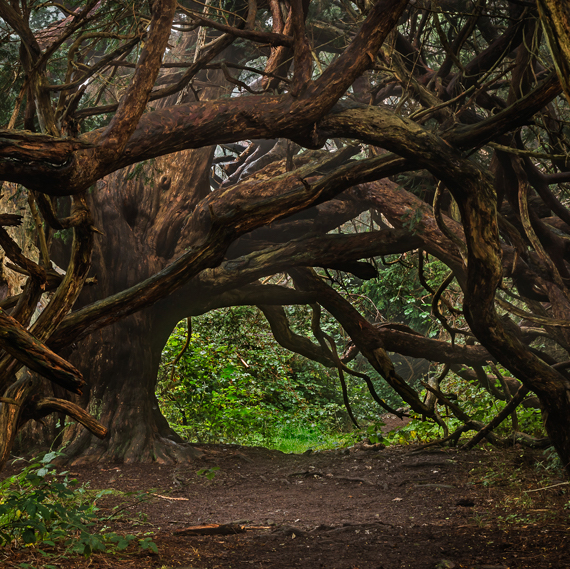 I am in my 50s and sadly believe that my generation were the last to spend the majority of our leisure time outside. In the summer holidays, I use to spend the day in the woods with friends, having cooked omelettes or sausages on a gas stove for lunch. No mobile, no TV during the day, no internet. We built camps, swung on ropes over ditches, cycled, fished in ponds, grew things and climbed trees. Only the severest of weather would stop us.

There are a few children today who still do this, but it is rare. Alarming research tells us about the many hours’ young people spend on their mobiles, scanning social media and watching endless YouTube videos. Is it a coincidence that the rates of anxiety and depression in young people are now at levels that the NHS cannot cope with? The Wild Mind Project are based in one of the most affluent boroughs, Richmond, yet we have the highest number of young people in London who are admitted to hospital due to self-harm – so something is going badly wrong.

I am a big proponent of nature as a wellbeing tool, which is why I co-founded The Wild Mind Project. So, when I heard about Forest Bathing, I wanted to understand more. This is nothing to do with swimming in the woods, but it is about taking in the forest through various senses.

In Japan, it is called Shinrin-yoku and was developed in the 1980s. Research has shown that it can reduce blood pressure, lower cortisol levels and improve concentration and memory. A chemical released by trees and plants called phytoncides, has been found to boost the immune system and further studies are beginning to find other benefits. In Japan, it is now an accepted part of the health service, and western doctors are now beginning to agree.

Dr Qing Li, President of the Society for Forest Medicine in Japan has conducted many studies and states that Forest Bathing is a preventative medicine, not a treatment. He argues that we were designed to be connected to nature and so the benefits are not surprising.

I joined Gary Evans, who set up the Forest Bathing Institute in the UK, for a walk recently. Unfortunately, it was a bitterly cold day but despite that, we set off in a group to walk through the woods at Newlands Corner near Guildford, where there are the most incredible ancient Yew Trees. We walked slowly taking in the sights and sounds of the forest. We smelt wood, moss, bracken and touched bark to notice the different textures. I have done mindful walking before so was not particularly surprised by anything, but the big plus was actually setting time aside to do it. It certainly relaxed me (despite the cold) and I had the best night’s sleep in months.

I really do believe we need to re-connect with nature. We have lost that kinship with the natural world; most people now view nature as something going on outside their busy urban lives. The consequent of that is not only detrimental to our health but detrimental to our planet. There seems to be a new movement, led by young people such as Greta Thunberg, who do realise the damage climate change is having on our planet, and maybe as a result, there will be a resurgence in our connection with nature. Let’s hope so.