In the last three years, the likelihood of young people having mental ill-health has increased by 50%. Today, five children in an average sized classroom have a mental health problem and unfortunately the CAMHS waiting lists are getting longer.

The Wild Mind Project run sessions in green spaces, where we offer a range of mindful, creative and nature-based activities.

Both art and nature can make a significant difference to young people’s mental health. Our programmes can help to relieve stress, alleviate symptoms of depression, build optimism, improve concentration and importantly, nature facilitates social networking, particularly in adolescents. We provide young people with a toolbox of activities to help them relax, that they can call on beyond the life of the programme. 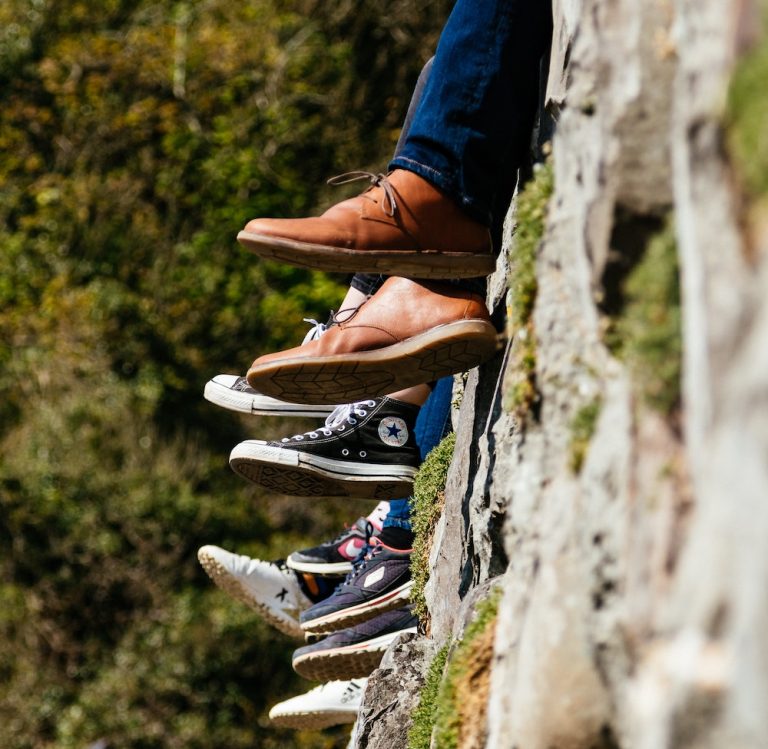 We are externally evaluated by University College London, who created a bespoke wellbeing evaluation tool for our use. The data is collected and sent to UCL for analysis.

Dr. Ann Hagell, the research lead from the Association for Young People’s Health, summarised the UCL results by saying “despite being a relatively short-term, focused intervention, this evaluation demonstrates a consistent and significant improvement of young people’s wellbeing”.

Comments from young people who have attended programmes include:

“The concept is amazing, the activities are really enriching and really well thought out. The mixture of learning, creating and then sharing was really stimulating to engage my anxious mind”

“The programme has helped me see more of me and less of my disorder. It brought back my identity, as I remembered I have interests that I thought I lost due to my disorder. It helped me refocus on a task, activity or learning process and had a really positive impact on my wellbeing”

“I think this is the best activity programme that could be prescribed to young people with mental health issues and I really feel happy with what’s come out of it, and I’ve made a supportive group of friends – I would encourage anyone to do it and if I could I would love to do it every week”

“I was struggling to wake up in the morning, struggling to speak, and to even find a purpose in anything at all. Being transgender in this day, still comes with unfortunate discriminations. I live in a family with 2 brothers, and I almost consistently get called transphobic, homophobic or just generally rude remarks. This negatively impacts my mental health, because as is, I struggle with gender dysphoria, and being surrounded by people telling me things such as “overweight” or worse, makes the ability to cope with the prison of a body feel much more of a pointless investment of time.This year, things took a positive turn. After spending years with CAMHS and feeling so done with everything, I was given the opportunity to meet up with likeminded people in a programme run by The Wild Mind Project. At first I was worried that it wouldn’t work out well, but as I ventured into my first session, I already felt so safe and warm, something I have never felt in my entire life, as I never had friends. From this, I found the purpose I have been severely lacking in my life and I finally realised how amazing it feels to be loved, and to matter to those around you, while also being able to discuss important issues about gender identity, equality and so much more beyond those lines”

Comments from parents of young people who have attended the programme include:

“I just wanted to say a massive thank you for the recent programme my daughter Mel attended. Mel has been struggling of late, she was un-motivated and was struggling to find happiness in things she previously had passions for. Having started your programmes, I could see almost instantly she was re-engaged with her art and she became a lot more talkative. This was a massive shift in how Mel was on a day-to-day basis.  I simply can’t thank everyone enough, your project has given me glimpses of my daughter again”

“Just wanted to say a huge thank you to you and your team! Rachel is doing better in school engaging more, and one of her teachers called her mum saying what a difference there is! She has loved the sessions” 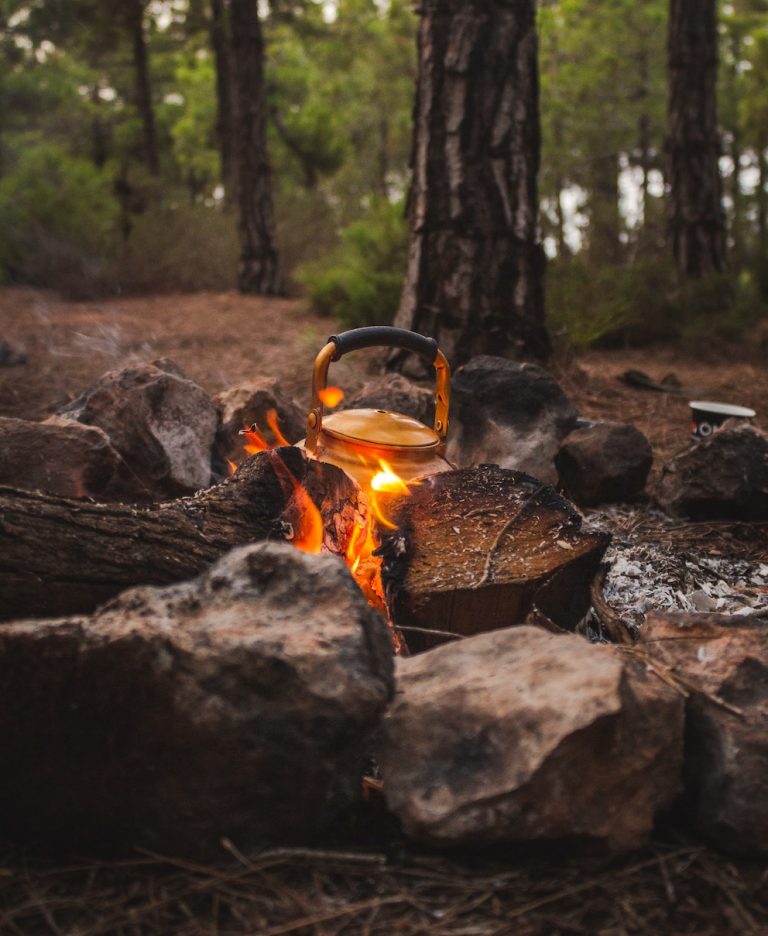 A session lasts for 2 hours and runs weekly for 3 to 5 weeks.

During the first session the young people are given a set of discussion cards which they can use to confidentially let us know what topics they would like discussed –  we then informally introduce those subjects in to the conversation during the programme.

Each session typically includes an hour of nature activities such as mindful walks, conservation work, gardening, tree identification, wildlife observation and natural history learning. We combine this with an hour of creative activities, which are usually done sitting round a fire (where possible). Creative activities include painting, woodwork, whittling, Lino-cutting, felting, tie-dye, wreath making and much more. This is where most of the talking takes place, lead by a trained mentor as necessary. 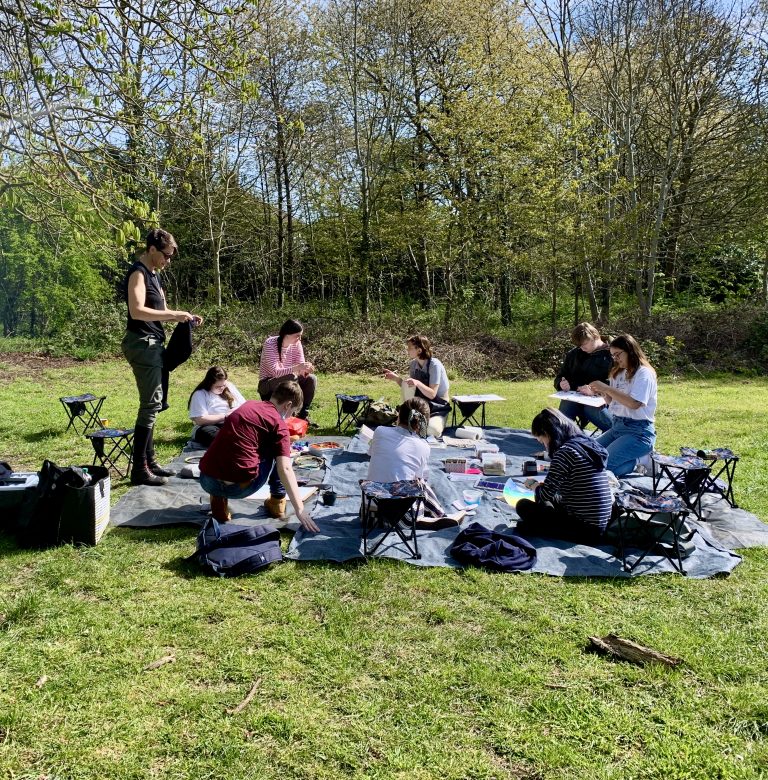 Each programme can take up to ten young people aged between 13 and 25.

Bespoke programmes can be designed for your pupils/students specific needs.

We can run programmes in the London boroughs of Richmond, Hounslow or Kingston plus in Brighton and East Sussex.

We are a not-for-profit community interest company and so our prices are kept as low as possible.

Discounted rates apply if two programmes are run on the same day.

To book, please email hello@thewildmindproject.org or telephone 01273 230102. Thank you. 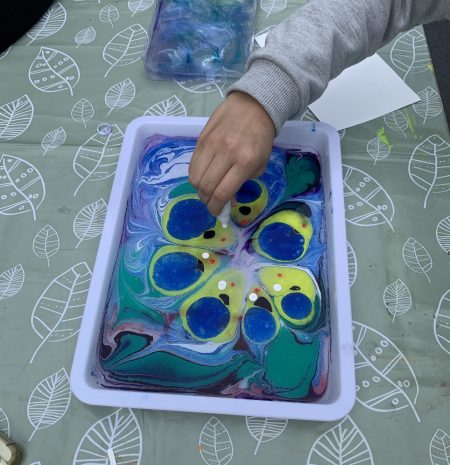